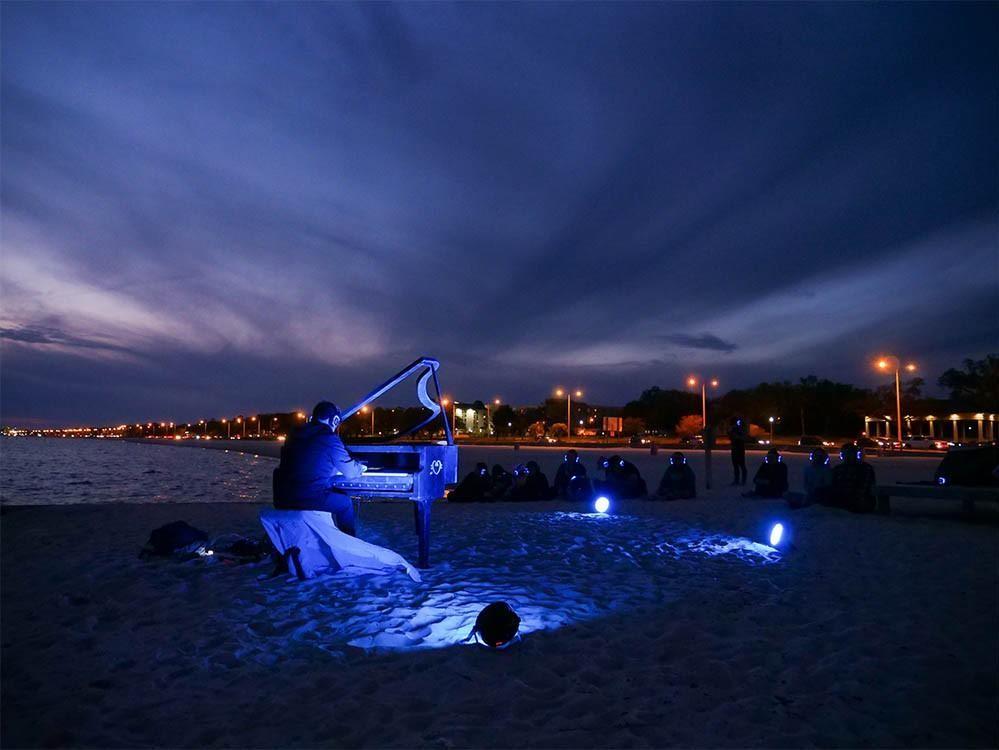 The Create & Color Meditation takes children ages 5-12 on a creative mindfulness journey, guided by MindTravel creator and composer, Murray Hidary. The 30-minute program incorporates music, guided meditation, and the spectrum of the rainbow to encourage kids to connect to their most important ally - their incredible selves!

Through MindTravel Create & Color Guided Meditation experience, Murray captures children’s imagination and hearts, allowing them to connect with themselves and with each other. Murray's music invites calmness, creativity, and peace into each moment. And, guided mindful coloring helps children stay engaged and present throughout this multi-sensory activity.

The Create & Color Guided Meditation is a soft blanket for children and their families, lifting their spirits and keeping them comfortable, cozy, and calm during these challenging times. This musical journey takes children off on an adventure, inviting them to tell their own stories in their chosen colors and shades of the crayons on their coloring pages!

Being transported into a world of colors, sounds, shapes, and possibilities awake an essential ingredient for living so critical right now: hope.

This activity is a home or school-based experience that requires access to an electronic device (e.g., smartphone, laptop, tablet) and drawing supplies. Click the video for a sample of this program.

With this program, your child will: 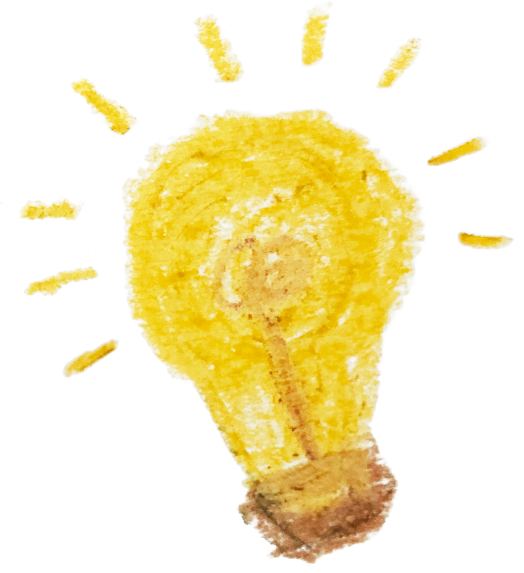 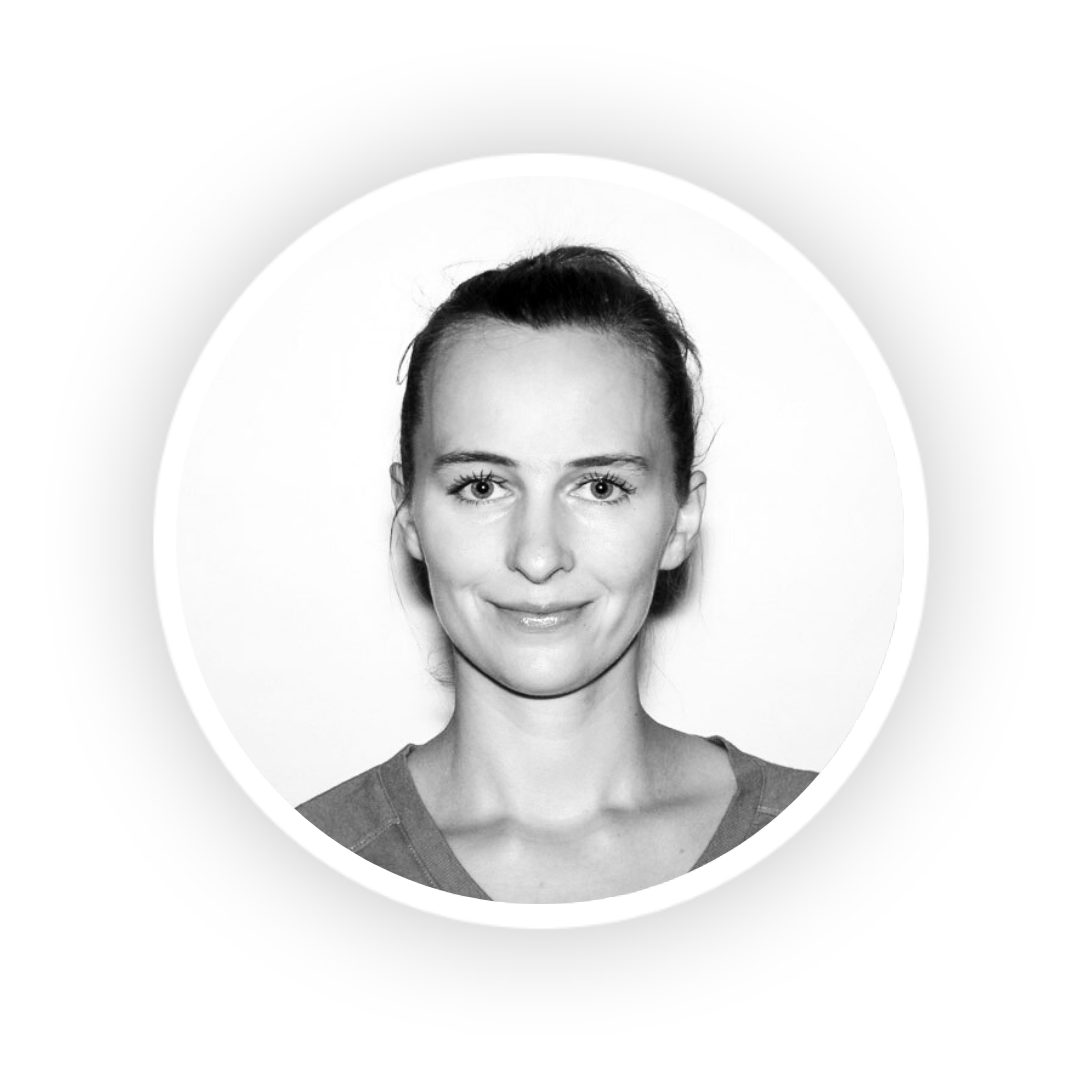 I adore Murray’s music, and I've personally experienced its beauty and therapeutic effects on my life. I'm honored to collaborate with Murray and his wonderful MindTravel team on creating the Create & Color Guided Meditation for children and their families.

We've designed Create & Color Guided Meditation based on an evidence-based approach to mindfulness. We paid careful attention to what science teaches us about how children learn and how to engage them best. I believe that when you combine art and science, magic happens.

Leonardo DaVinci famously said: “Study the science of art. Study the art of science. Develop your senses (…) Realize that everything connects to everything else.”  Thank you, Murray & team, for giving children this beautiful gift of comfort, inspiration, self-expression, connection, and healing. And thank you so much for inviting me to be a part of creating this experience!

To experience this program, your child will need: 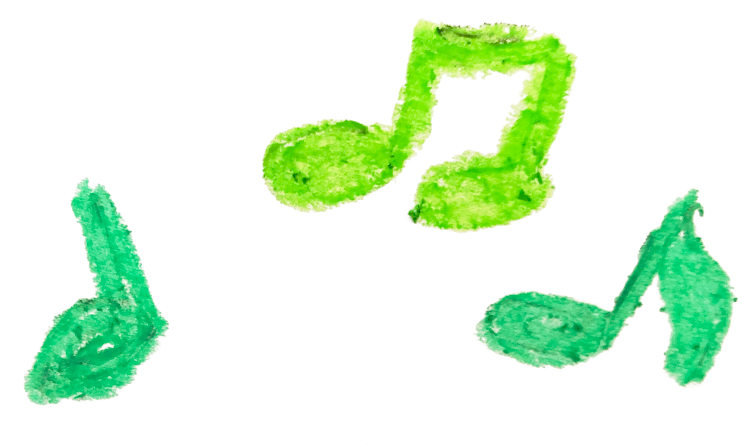 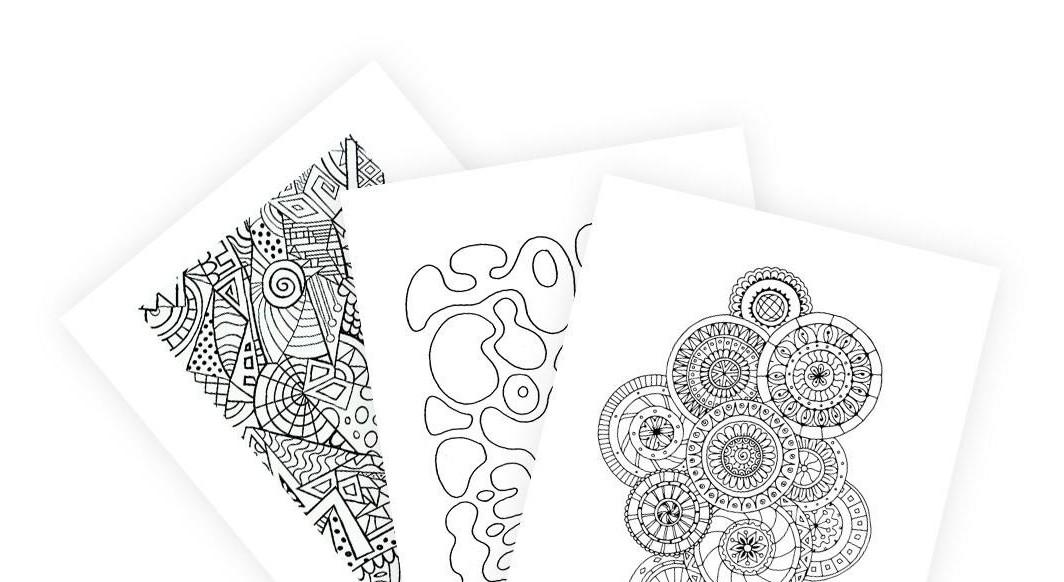 What Kids Are Saying 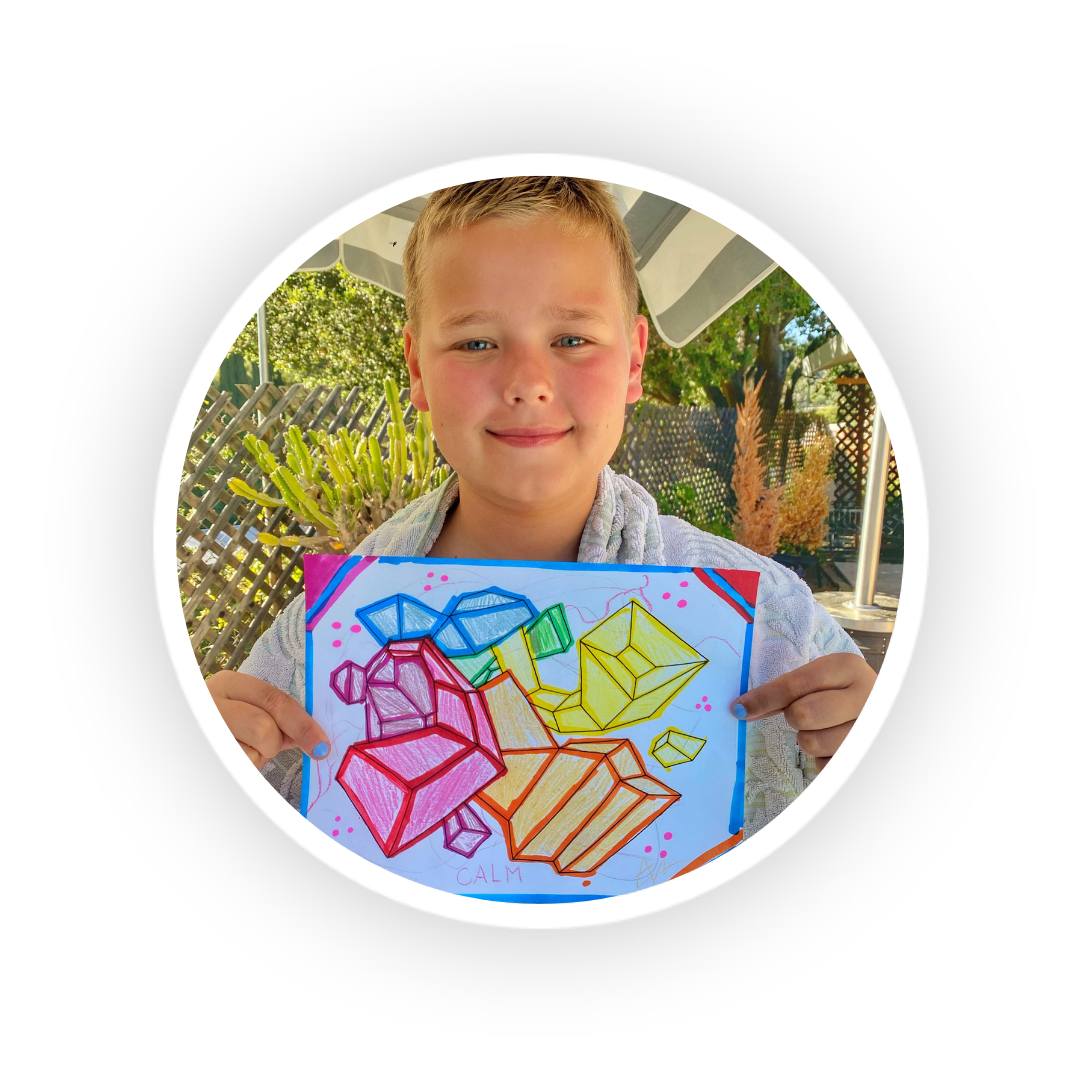 “The MindTravel drawing meditation was calm and peaceful. It overall put me in a better mood.  It was a fun way to get away from the stressful reality of schoolwork.” - Asher T, 11 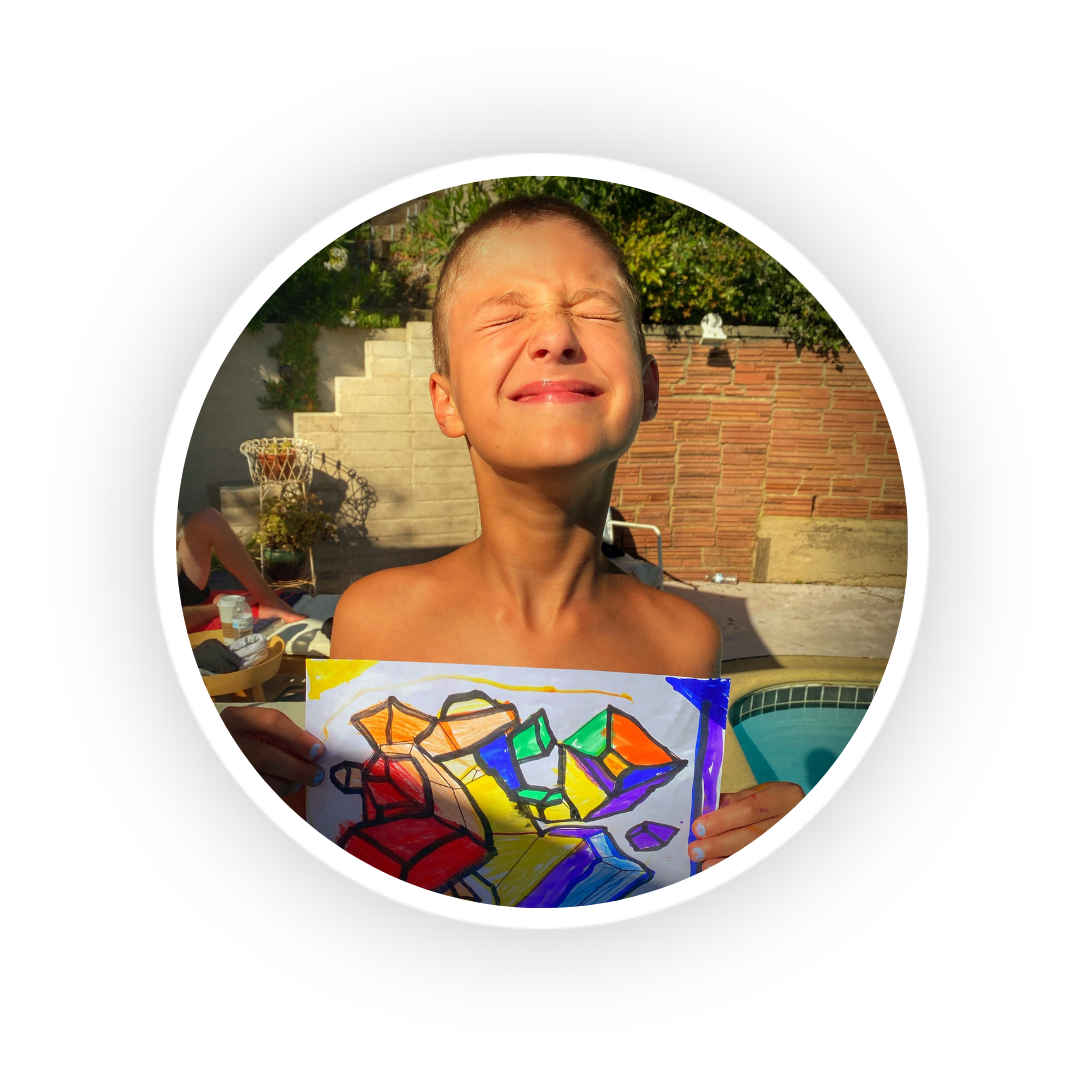 “I felt relaxed and I enjoyed it a lot. It was a great way to calm down. Every stroke made me feel at ease and at peace.” - Callum T, 9

What is the format of the program?

Murray is an artist, composer, certified meditation teacher and entrepreneur. His purpose-driven approach is at the heart of his business success, acclaim as a visual artist and global recognition as a musician.

Ever pushing boundaries and guided by a strong desire to help people of all ages find their purpose, Murray created the immersive musical experience: MindTravel.

Over the past five years, Murray has created over 500 MindTravel experiences for over 100,000 people in cities from Los Angeles to London, Paris to Pittsburgh, Berlin to Boulder and now he’s thrilled to bring the inspirational power of music and creativity to kids through The MindTravel Create & Color Guided Meditation.

What should I expect from the experience?

What do you need for the MindTravel Create & Color Experience?

How long should we set aside for The MindTravel Create & Color Guided Meditation Experience?

Why is this program free? Who paid to develop the program?

MindTravel is proud to offer this program free of charge. We’ve partnered with experts in psychology from Columbia University, and together have researched, developed and tested the MindTravel Color and Create Guided Meditation for Kids to create the most valuable experience possible.

To allow for the greatest access and benefit to families, teachers and kids all over the world, we are thrilled to offer it at no cost to you through the support of The MindTravel Foundation.

Who is Murray Hidary?

Murray Hidary is a multi-disciplinary artist, composer, meditation teacher and tech pioneer. His purpose-driven approach is at the heart of his business success, acclaim as a visual artist and global recognition as a musician. Ever pushing boundaries and guided by a strong desire to help people find their purpose, Murray is now focused on touring his immersive musical experience MindTravel across the globe. Over the past five years, Murray has created over 500 MindTravel experiences for over 100,000 people in cities from Los Angeles to London, Paris to Pittsburgh, Berlin to Boulder; in venues such as Lincoln Center, The Theater at the Ace Hotel, The Metropolitan Museum of Art, The Grace Cathedral, and The National Arts Club.

Murray created the first MindTravel experience in 2013. He invited a group to his living room for a live performance of his provocative, improvisational, real-time compositions at the piano and then asked them what they thought of the experience. Moved by their emotional response and the power of music to take the group on a deep inner journey, he moved forward to bring it to the world.

Growing up playing music since he was five years old, Murray knew he wanted to be a composer by the time he was in high school. He also began a deep inner journey of discovery as a teenager that led him to study eastern philosophy, Zen Buddhism and other wisdom traditions. His composing became deeply influenced by these teachings and he began to fuse the two into a personal reflective practice at the piano. This practice inspired him to discover great insights and provided healing through profound personal loss, grief and life's tribulations. It became a voice he used to connect to his higher sense of purpose. A musical language and journey continued to emerge and evolve. He called it MindTravel.

MindTravel brings together Murray's passions for contemporary classical music, visual art, theoretical physics and wisdom traditions. They are the four pillars of an integrated experience that seeks to explore an understanding of the universe at both the visible and hidden levels.

Who is Ewelina Swierad, PhD

Ewelina’s research interests involve a hybrid of psychology, public health, music, social justice, and innovation. Much of her work has focused on examining factors that predict willingness to adapt and engage in healthy behaviors. She is passionate about the role of multidisciplinary fields, media, arts, and music in effective health education and behavior change. Together with Dr. Olajide Williams, she has developed the Multisensory Multilevel Health Education Model – a theoretical framework focused on innovative, culturally sensitive, and evidence-based health education. Ewelina is a recipient of the Fulbright Scholarship. She also received the Innovative Leader in Magazine Media Award from Yale University for her work on Lifelab – a project that focuses on bringing the science of psychology from academia to the general public.

In her free time, Ewelina enjoys immersing herself in the cultural landscape of NYC – jazz, ballet, museums, and random science lectures. And this exploration informs her work. She regularly turns to nature for comfort and inspiration too.